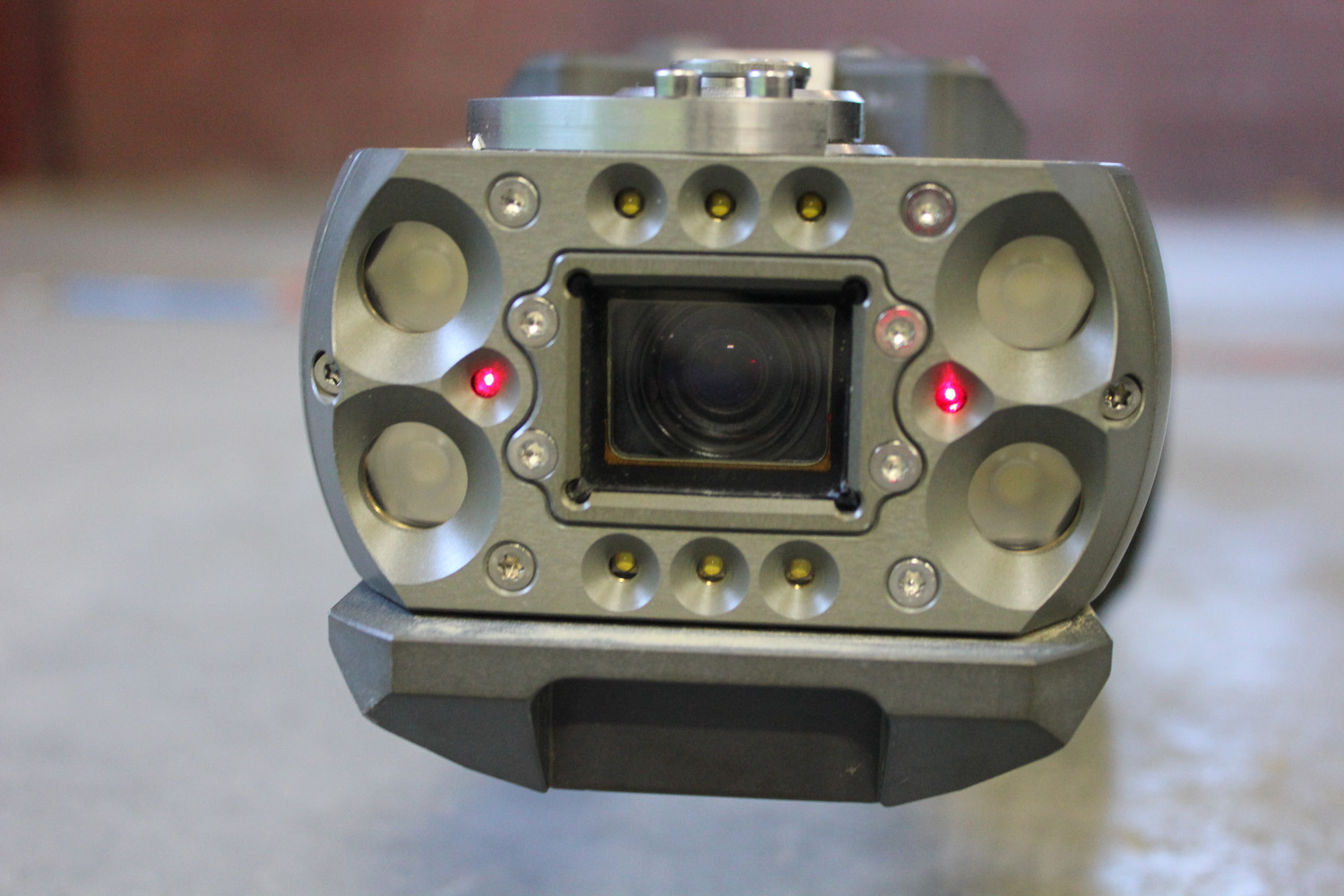 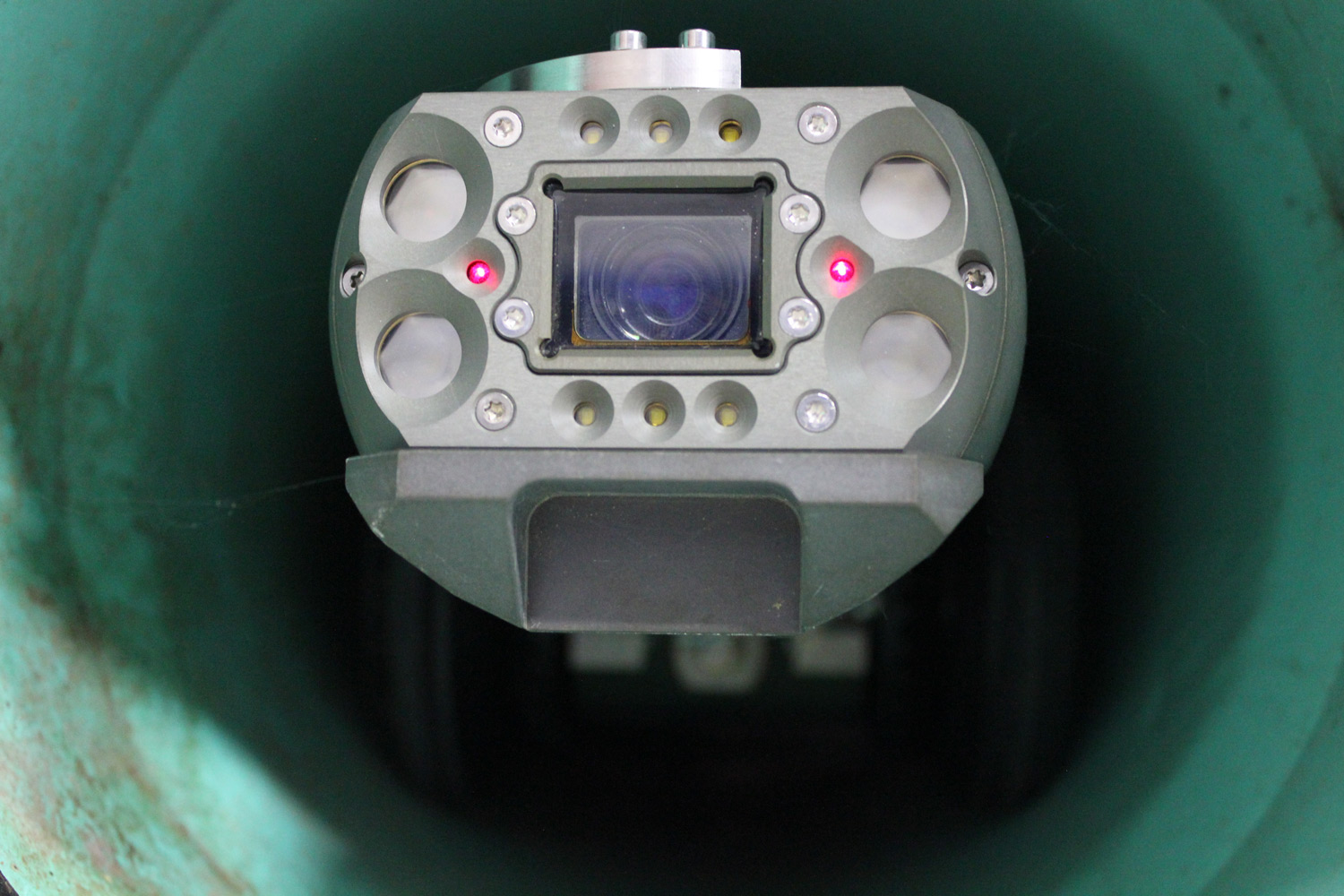 Application Range from 8″ up to 48″ Pipe Diameter

The KS 135 Scan has revolutionized the pipe profiling process using the “spinning laser” profiling technology. It is a 3 in 1 system, a single module upgrade to the L 135 tractor / crawler platform. Two laser diodes are integrated on either side of the conventional CCTV camera lens to perform three functions: Conventional CCTV video pipe inspection, Laser profiling (precise measurement of diameter, deflection and deformation of pipe), and crack & joint measurement.

The Rausch USA Laser Profiler features two laser diodes that are integrated into the KS 135 Scan camera head. When these laser diodes project laser dots onto the inner pipe wall, the camera head rotates to measure the diameter and all changes thereof via triangulation calculations. This method is called the “spinning laser” laser pipe profiling technology. Working in conjunction with the POSM software, the comprehensive scan generates easy to use reports to profile the pipe.

On the way out of the pipe, the system performs a “spinning laser” scan of the entire pipe length. The camera head swivels perpendicular to the pipe wall and rotates at a defined speed. Via triangulation the Scan software continuously calculates the precise pipe diameter and all deflections and deformations in the pipe profile. Once the run is completed, the software instantly generates graphs in 2- and 3-D. These graphs show any deflection, the average pipe diameter, and the inclination slope of the line.

The 3D viewer shows the measurement as a three-dimensional pipe with all deformations. In addition to the 3D pipe in which deformations are color-coded, depending on the thickness, a round graphic is displayed on the right-hand side, which represents a section at the currently selected point in the pipe.
Below the 3D view is a planar representation of the pipe, in which the texture is drawn out as a surface. The red bar shows the current position of the 3D view.

The chart indicates the possible combinations of the individual modules of the M-series: Contact Rausch USA today to learn more about our upcoming service training and what available dates there are. Call us at (717) 709-1005 or email us a reusa@rauschusa.com.